Did you know that lipstick has been used in some form since ancient times? Here is a brief history of lipstick and how it was used and perceived throughout human history.

Since about 3,000 BCE women in Mesopotamia, Egypt and Rome used to crush gems and apply them to their lips for color. Cleopatra II discovers a lipstick-like product can be created by crushing ants and carmine into beeswax. She starts using that instead. In ancient China, lip balms were very popular and were created using various materials and infused with wonderful scents and flavors. They were a waxy texture stored in a small container and both men and women used them. For ceremonies and special occasions, they would be dyed red and used as lipstick. The dye was taken from plants, animal blood or minerals--often vermillion was the mineral of choice to create the color.

Queen Elizabeth Brings It Back

During the medieval times and dark ages, women shied away from wearing lipstick and had stopped wearing it since it was largely worn by prostitutes. However, Queen Elizabeth I brought it back when she chose to wear it. Contrasted to her face which was powdered white, it must have really made a bold statement.

By the time the 20th century came around, lipstick had gone in and out of fashion more times than anyone could count around various cultures throughout the world. Sometimes it was seen as crass and low-class, and other times, the very height of fashion. Often, trends of the upper class would decide this. By the 1890’s, Carmine had been added to the lipstick formula and made it look far more natural. In 1915, an American man named Maurice Levy invented the metal lipstick tube, but not yet a twist-up one--this one had a small tab to push the lipstick up and down. Regardless, this invention kicked off the mass production of lipstick as we know it today. Market-standard brands like Estée Lauder, Chanel, and Revlon all got their starts around this time, and the lipstick market began to boom. In 1923, the swivel-up lipstick we all know and love was patented by James Bruce Mason Jr. in Nashville, Tennessee. Lipstick quickly became a standard of formal wear and just the right pop of dramatic color for any night out.

Wartime and After The War

During World War Two, Elizabeth Arden created a lipstick kit for the American Marine Corps Women’s Reserve that matched the red on their uniforms to a T. In the 1940s, Hazel Bishop, an organic chemist, created the first long lasting lipstick, called No-Smear lipstick. Once WW2 was over, lipstick became associated with the glamor and ritz of Hollywood, with stars of the 1950’s like Elizabeth Taylor, Marilyn Monroe, and Rita Hayworth toting bold shades of red. Soon after, lipstick manufacturer Revlon started creating lipsticks to perfectly match its nail polishes. By that point 98 percent of American women reported wearing lipstick regularly.

The 1960’s and 1970’s brought with it an expansion of lipstick colors beyond red. The 60’s were known for pastel shades and even white lipstick while the 70’s brought with it dark colors, neon shades, acid greens, and dramatic black. Lipstick grew as its own form of expression, with even men picking it up to complete the punk look. Rockstars wouldn’t be seen without it.

The end of the 20th Century

In 1984, MAC arrived on the scene with a boom. Two of it’s innovators, Toronto’s Frank Toskan and Frank Angelo invented the world’s first matte lipstick formula. While satin creams and frost lipsticks were also created, matte was, and still is, a game changer, redefining what is possible to create in a lipstick look. Matte exploded, with all the cosmetics companies jumping on the concept to create their own formulas. The 1990’s brought with it nude shades to fit its minimalist and androgynous fashions. 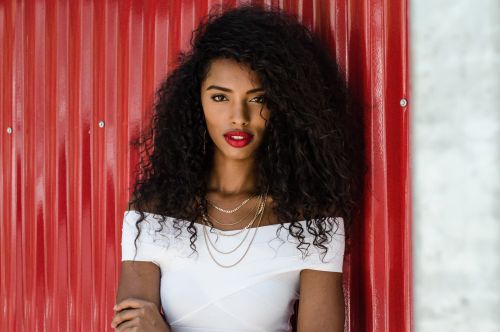 Today? Red is BACK

But did it ever really leave? A dramatic red lip applied right can make or break a runway look. It can make the difference between a perfectly pulled-together ensemble and one that is just missing something. Organic lipsticks have also seen a huge rise in popularity even since a study in 2007 showed that most standard lipsticks had more lead in them than was considered safe. And of course, where would we be without the liquid lip? Today, there is truly no limit to what type and shade of lipstick you could get, and there are limitless options for how to create a statement with it. So what are you waiting for? Grab a stick (or tube or tin) and start experimenting!

Find out how to get your career started and about our Scholarship opportunities!