5 Reasons Why Cosmetology is a Great Career Choice

There are many benefits that come with earning your diploma in Cosmetology and we thought we’d share them with you. 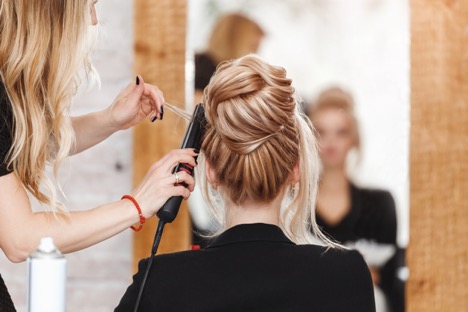 According to bsl.gov, employment within the beauty space will increase by 13% from now until 2026. That’s more of an increase than all other occupations! Great news for hairstylists, barbers and cosmetologists. With a growing population, there will be increasing numbers of people in need of hair care, beauty procedures and the like.

AACS states that one in three salon-industry professionals works for themselves. Self-employment has many benefits including working on your own schedule, travelling to and from clients and even working from home!

This industry has a higher rate of self-employment than any other profession ranging from 35% of Hairdressers, Hairstylists and Cosmetologists to 54% of Barbers.

3.The Salon and Spa Industry Employs Individuals of All Backgrounds...

According to AACS, this industry employs a broader representation of women and minorities than other industries in the USA.

Salons and spas provide career opportunities for people from all walks of life and they also allow for many of these individuals to build their own business and become self-employed.

4. During The Recession, The Salon and Spa Industry Employment Exceeded That Of The Private Sector...

While many businesses were struggling throughout the recession of the late 2000s, the salon and spa industry continued to perform well. During this time, business growth did slow down however the declines were far less extreme compared to that of the overall private sector.

At Cameo Beauty Academy, we focus on practical experience that will help you develop your skills. You will be taught by industry professionals in real life scenarios and be given the chance to learn how to work with clients, something that can’t be taught via a tablet or computer.

Cameo believes in affordable tuition and quality education which can lead to a bright future in the industry! Did you know that Ben Molin a Cameo graduate is Internationally recognized as an expert in fashion hairstyles and took second place in the debut show "Shear Genius" on Bravo TV?

Find out how to get your career started and about our Scholarship opportunities!